We are a team of innovators, disruptors, storytellers and strategists united by the belief that groundbreaking ideas - uniquely presented and memorably expressed - have the power to inspire us, connect us, and compel us to embrace and champion brands. 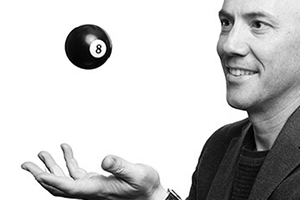 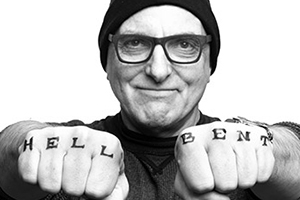 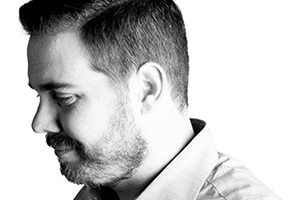 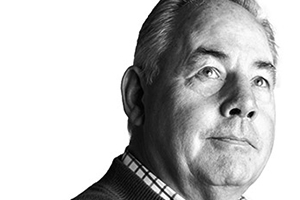 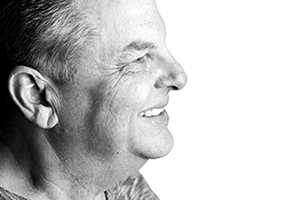 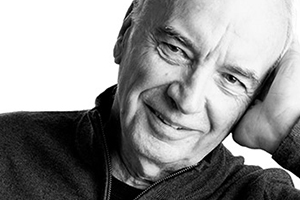 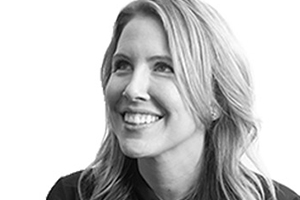 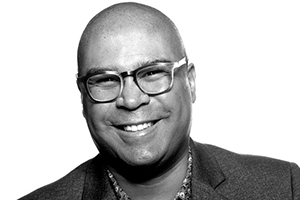 As CEO of Hooray Agency, a globally focused full-service advertising and creative agency, Steven has been a key driver in the agency’s success and evolution since joining in 1994. Having worked with high-end brands such as Sony, Starwood Hotels, Pfizer, Hyatt, Montage Hotels, Salamander Resorts, Preferred Hotels & Resorts, and most recently, Resorts World Las Vegas, Steven is a notable industry insider and marketing expert, especially within the travel, hospitality, and healthcare space. Steven has utilized his deep expertise in the space to grow and evolve Hooray Agency, continually pushing the boundaries on what is possible and making Hooray impossible to ignore.

Steven has spoken all over the globe at various conferences on the topics of hospitality marketing and corporate hotel management for luxury-lifestyle brands and the power of effective marketing. A resident of Orange County, California - Steven enjoys spending time with his wife and two daughters, ages four and six.

As Chief Creative Officer of Hooray Agency, Eric oversees all creative work for the agency’s roster of clients including Resorts World Las Vegas, Starwood, Hyatt, Montage Hotels & Resorts, and Salamander Hotels & Resorts. With the goal of making Hooray’s creative work impossible to ignore, Eric is constantly innovating how the hospitality industry and beyond is engaging with consumers.Prior to Hooray, Eric has held global leadership positions at some of advertising’s most respected agencies, such as Saatchi and Saatchi (New York and Los Angeles), McCann Erickson Worldgroup Europe and DDB Chicago – resulting in a résumé which includes global mega-brands such as Toyota, General Motors, Coca Cola, Kodak, Hilton, Four Seasons, Dupont and Diesel. With an enviable record of pitches won and brands launched, grown and evolved, Eric’s unrivaled talent for storytelling has garnered him a virtually every prestigious industry award.

A resident of Los Angeles, Eric fuels his creative passion through photography, capturing images of travel, adventure and landscapes in some of the world's most remote locations. You can check out his photography work at EricSteinPhoto.com

As Executive Vice President of Hooray Agency, Randy has been integral to the agency’s growth and development. In his role, Randy facilitates operations for the agency, working to anticipate what’s to come and driving a continually refined and redefined process.

A resident of Orange County, Randy relishes his role as husband and father of two sons, while patiently waiting for the as-yet-unmaterialized opportunity to pick up his guitar and jam while watching a late-night Angels game with the volume muted.

As Vice President of Marketing for Hooray Agency, Katelyn oversees the social media department for the agency, implementing strategic approaches to underscore the key marketing goals, while also consulting on marketing strategy across a variety of Hooray’s roster of clients.

Prior to joining Hooray, Katelyn worked with Starwood Hotels & Resorts and spent time as an independent marketing consultant. A hospitality marketing expert with over a decade of experience leading strategy for franchise and independent hotels, Katelyn's strategic thinking, direct approach and strong communication skills are appreciated by clients and colleagues alike.

Katelyn resides in Orange County, California with her husband and two sons. She is also an avid reader and enjoys traveling.

Having devoted more than twenty years to the crafts of advertising and marketing, Christopher León has garnered experience in virtually every service and product conceivable, with a special emphasis on the travel, hospitality and gaming industries.

Drawing upon a rare combination of strategic insight and creative prowess, Christopher has led his agencies to numerous wins, and his clients to unprecedented growth – among them, The Mirage Hotel, Club Med, Leading Hotels of the World, Foxwoods Resort Casino and, most recently (and notably), Resorts World Las Vegas.

Beyond lifestyle advertising, Mr. León also possesses deep experience in the fields of technology, industrial products/services and healthcare, including such high-profile multinationals as SONY, GE, and Siemens.

As an Account Director at Hooray Agency, Jamie specializes in client relations, marketing campaign development and messaging, and communications. In her role, Jaime works across accounts including Hyatt and Marriott to deliver successful campaigns and results.

Prior to Hooray, she spent nearly two decades in the entertainment industry working in feature and television development, production, and business affairs where she honed her storytelling skills working for companies including E! Entertainment, Holding Pictures, and Participant Media. Jamie has helped develop and implement Social Action campaigns for such films as 'Good Night and Good Luck' and 'An Inconvenient Truth'. Also active in the non-profit sector, Jamie has extensive experience in event production, marketing, and promotion.

A resident of Las Vegas, Nevada, Jamie enjoys classical dance and is an avid fan of live music.

With more than 30 years of luxury hospitality experience, Mr. Johnson is responsible for key account management for some of the firm's premiere hospitality accounts in addition to account brand and strategic initiatives, brand and target hotel/resort account development.

Jeff was also the Vice President, Sales and Marketing for the historic and legendary Broadmoor Resort in Colorado Springs prior to joining Hooray.

Previously, he served as vice president of sales and marketing for Two Roads/Destination Hotels & Resorts, where he established the Royal Palms in Phoenix, Arizona as a luxury contender in the marketplace and, as well as re-branded and repositioned numerous key assets in the company's portfolio.

Prior to that, he was vice president of sales and marketing/global brand manager for The Luxury Collection brand of ITT Sheraton, now Starwood Hotels. He previously opened The Phoenician in Scottsdale, Arizona, and served as the property's director of sales and marketing for 13 years. In the role of director of sales, he also opened the award-winning Boulders resort in Carefree, Arizona.

Michael Mustafa is the Vice President of Sales and Strategic Services for both new business development and external client support services, consulting, and full-service support marketing. Mr. Mustafa is an accomplished sales and marketing executive with over 25-years of experience serving global hospitality brands and 5-star resorts. Over the past five years Mr. Mustafa has developed many strategic brand, leisure and group campaigns for some of the largest hotel brands in the world.

Prior to joining Hooray Agency Mr. Mustafa served as the Director of Sales & Marketing for Hilton Anaheim, one of the nation's largest non-gaming hotels with over 1,500 guest rooms and over 140,000 square feet of meeting space. His leadership, vision, and marketing/ sales acumen helped to drive revenue to record levels in 2013-2014. He accomplished this through an integrated marketing strategy, driving both superior rate growth and significant corporate group sales initiatives. Prior to Hilton, Mr. Mustafa was the architect of one of the most significant turn-arounds for the St. Regis Monarch Beach, a Mobile Five-Star resort, where he lead a brand-and-independent marketing platform that significantly expanded leisure business while building a new corporate group base.

He is a graduate of St. Joseph's College of Rensselaer, Indiana, and he enjoys adventures with his wife Jeanette, quality time with his three children and grandson, playing golf, and traveling to his second hometown of Chicago.

Information provided to Hooray is strictly confidential and will never be shared with third parties. It may, however, initiate a process by which the unreasonable power of creativity will dramatically heighten the levels of curiosity, interest and desire in your brand. If that's okay.